I wonder if somebody can help clarify a question around the data format for OpenBCI V3.1.2. - I have been working on an app which consumes raw data from the OpenBCI Cyton and I am expected the data to be in following format as per the documentation: 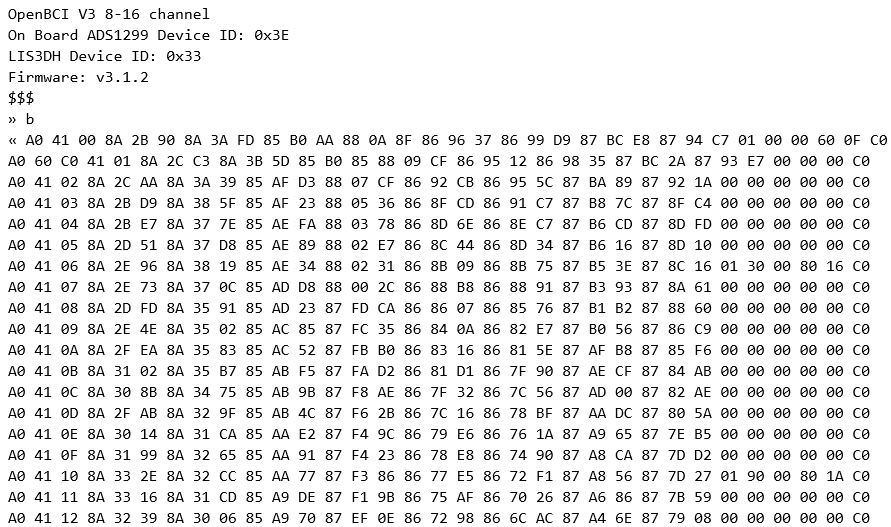 So the data format appears to actually be as follows

I am getting what looks like a packet counter at Byte 2 which right shifts all the values and I only see five values for accelerometer data.

I would greatly appreciate if anyone can shed some light - what am I missing?