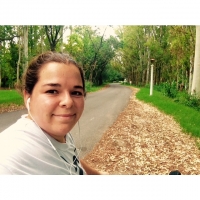 Hi everyone! I am new to Open BCI and need help. I want to record EEG signals, send stimuli via Psychopy, and read data from the Cyton board via BrainFlow.

The problem is: how can I send a marker signal to know when a stimulus starts and when it ends in my data record?

I have read that a signal can be sent to the Cyton board at the same time that psychopy starts a visual stimulus and then after acquiring all the data I could also see the marker signal.

Any kind of help would be appreciated.
Thank you